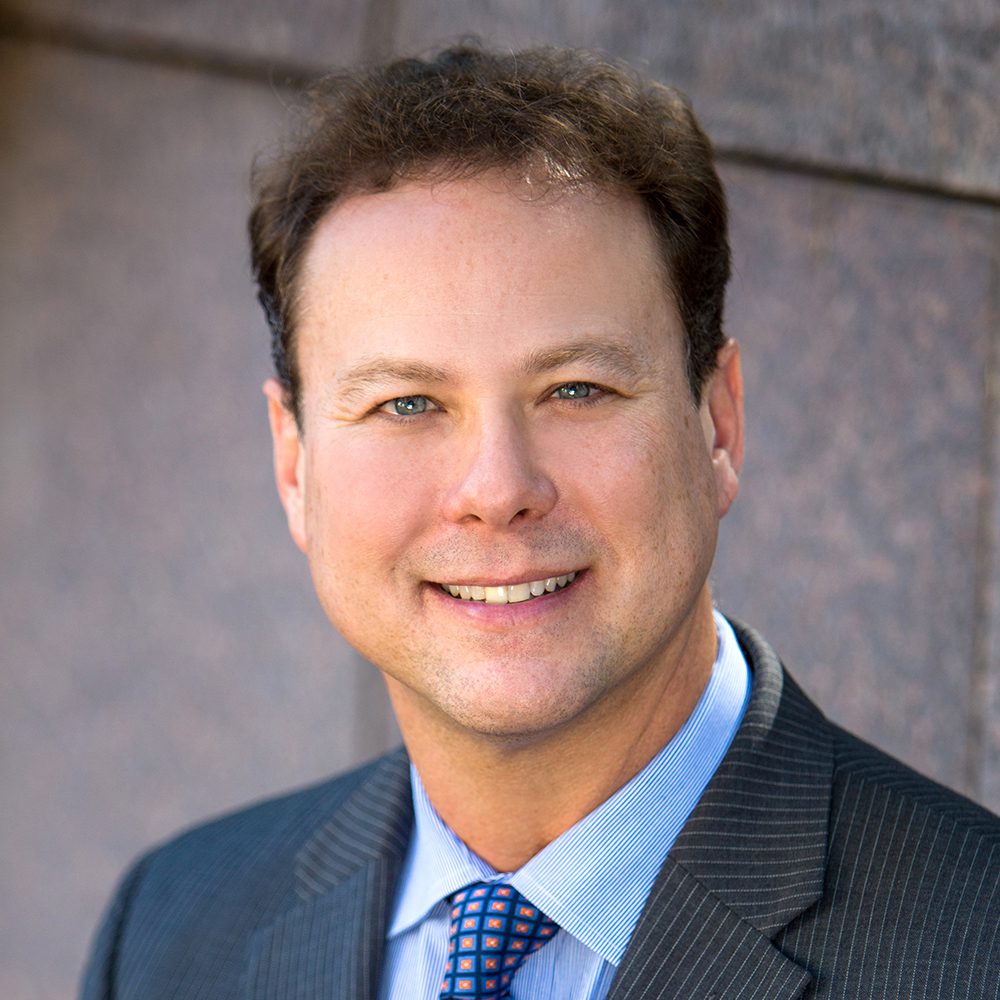 David Hodges is Board Certified in Personal Injury Trial Law by the Texas Board of Legal Specialization. He was born in McAllen, Texas and grew up in the Houston area. After graduating from Cy-Fair High School, he attended Texas A&M University where he was a member of the Corps of Cadets. At A&M, David was an NROTC scholarship recipient and recognized as a Distinguished Student.

Upon graduation, he served in the United States Navy as an Intelligence Officer. Shortly after being commissioned as an Ensign, David attended the Navy and Marine Corps Intelligence Training Center, where he graduated with a 4.0 GPA. He thereafter saw service in Desert Storm and was awarded the Sea Strike Intelligence Officer of the Year Award. As the Aviation Intelligence Officer for VS-24, he obtained 22 arrested carrier landings and logged combat time aboard the carrier-based S-3B Viking.

David left active duty in order to return to his hometown and attend the University of Houston Law Center. He was very active in Law Center activities and competed in the national trial competition on the school’s Mock Trial Team, edited the Houston Journal of International Law and served as the leader of the law school’s honor society (the Order of the Barons). Although David was dedicated to trial advocacy and other extracurricular activities (including the U.S. Navy Reserves), he nevertheless managed to graduate in the top 10% of his law school class.

After graduating with honors from the University of Houston Law Center, David began an almost six-year career of representing defendants and their insurers. He then left the defense bar to represent plaintiffs in personal injury and select commercial litigation matters. His practice expanded to include wage and hour class and collective action cases.

David has been interviewed by numerous local and national news organizations on various subjects related to the civil justice system. He has been an invited commentator at news conferences, television shows and print media. As an advocate for victims, David has recovered tens of millions of dollars on behalf of his clients.